Located just to the right of the former location of the main gate is the England AFB Flying Tigers Heritage Park, a static display of aircraft stationed at the base over the years.

A plaque describes the purpose of the park ... A symbol of all airmen past, present, and future ... see photo and full wording at the bottom of this page.

Shown below are photos, all taken by the author, of the Heritage Park aircraft.

Aircraft display at the England Air Force Base Heritage Park 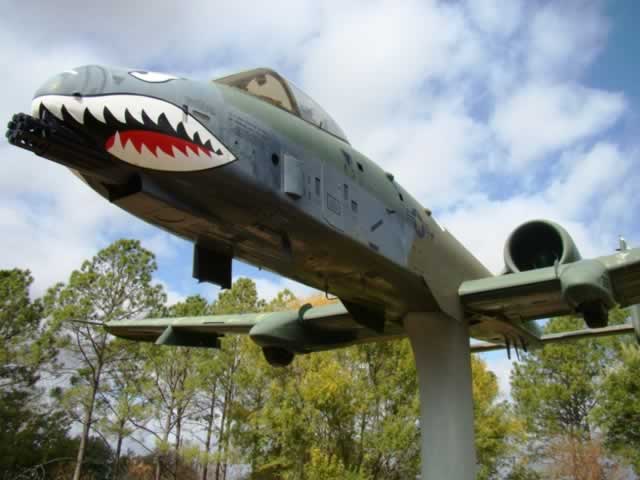 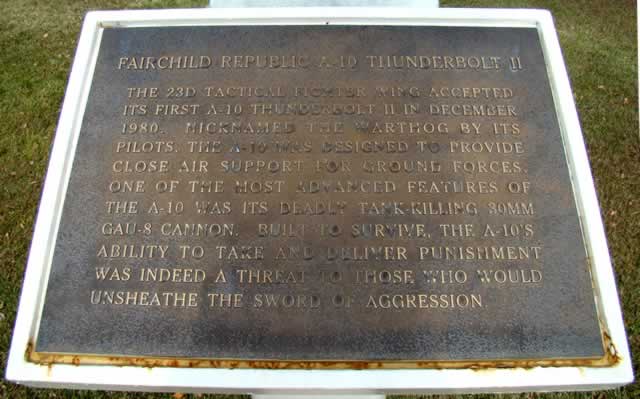 F-84F Thunderstreak S/N 52-7080 on static display at Heritage Park at England AFB.
Efforts began in early 1957 to obtain an
airplane from the Air Force for display in Alexandria's "War Memorial Park".
This F-84F was later donated by the Air Force, and was originally on display
at Alexandria's Bringhurst City Park on Masonic Drive
at Pelican Field, a model airplane facility, where it was dedicated in July of 1959.

On April 25, 1992 the Thunderstreak was dedicated at its new home in Heritage Park 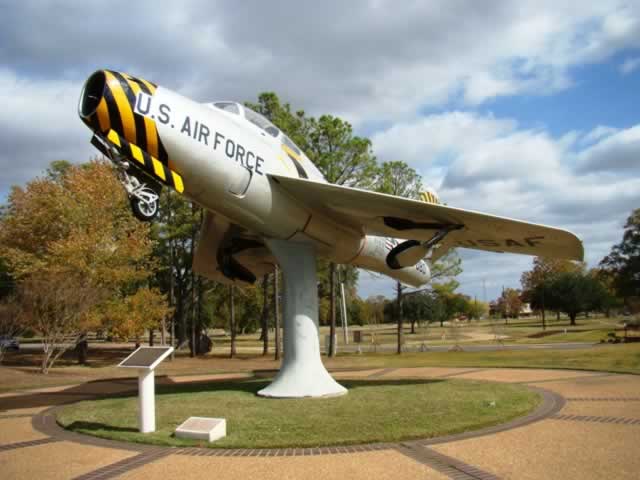 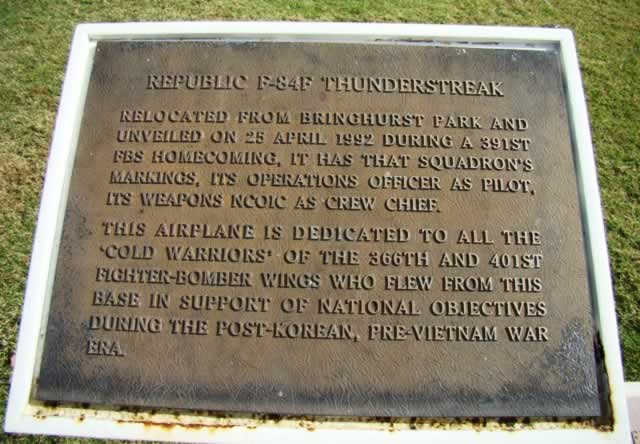 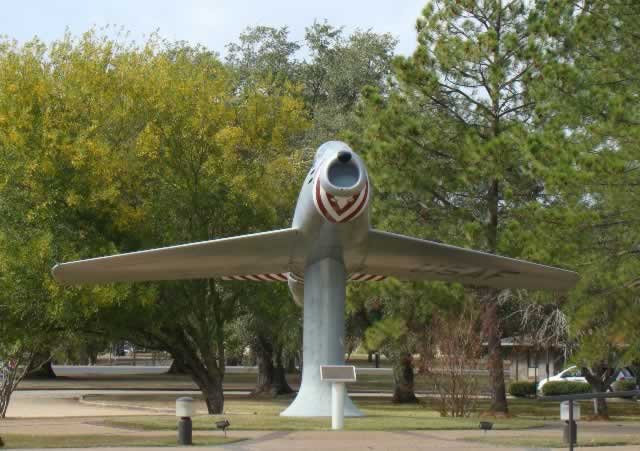 North American F-86 Sabre historical marker
This F-86 has been painted to duplicate the aircraft flown by Lt. Col. John England
for whom England AFB is named 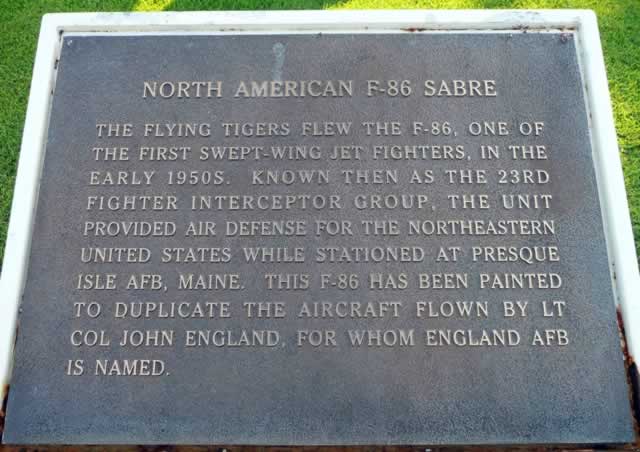 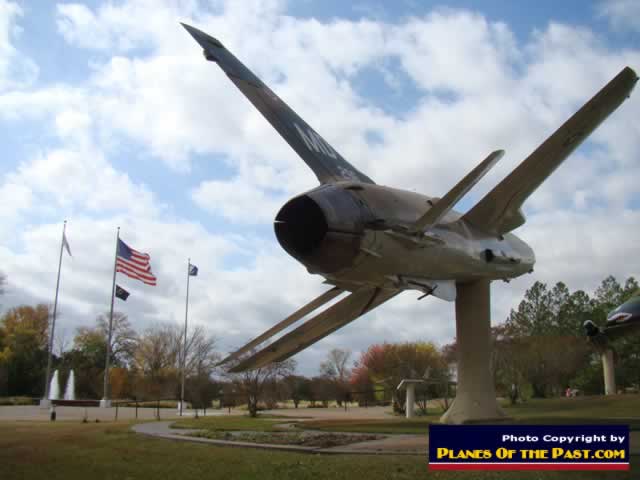 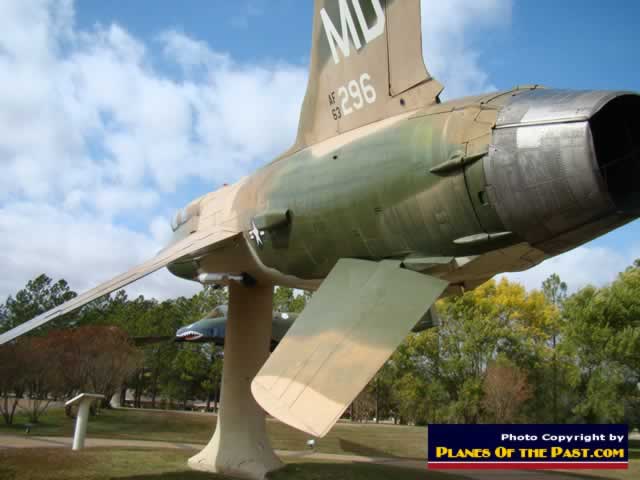 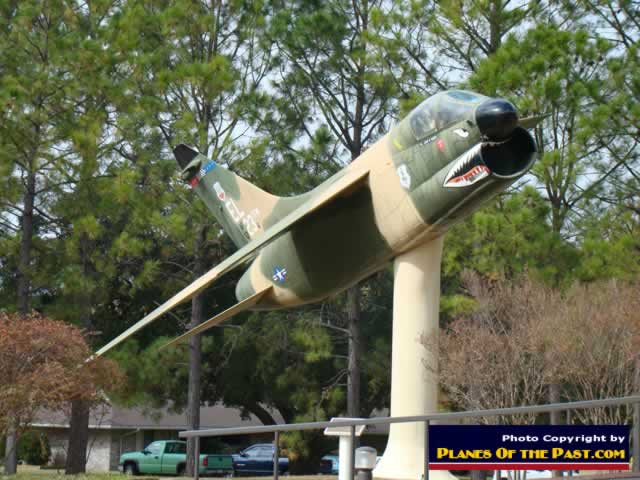 Plaque ... England AFB Heritage Park ... the plaque reads as follows:
A symbol of all airmen past, present, and future, the England Air Force Base Heritage Park is a proud reminder of the Air Force's role in our nation's military history. Each of the five aircraft displayed here valiantly contributed to the defense of our country. They are suspended in simulated flight as a permanent reminder of the courage, dedication and sacrifice of the men and women who have served their country as members of the finest air force in the world.