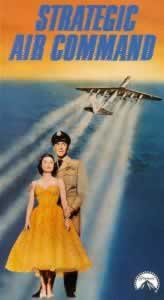 Also starring in the motion picture were Frank Lovejoy and Harry Morgan.

In the movie, Jimmy Stewart portrays a professional baseball player, Dutch Holland, in Florida, and an Air Force reservist and former World War II pilot. He is recalled to active duty to Carswell AFB in Forth Worth, Texas, and reacts to the announcement with anger, as he enjoys playing baseball and is newly married to his wife Sally, played by June Allyson.

After Dutch tells Tom Doyle, his coach, about his situation, he prepares to break the news to Sally. To his surprise, Sally already knows about his twenty-one month assignment and assures him that she can cope with military life.

Dutch arrives at his new duty post in civilian clothing as his WWII uniforms are out-of-date. He starts his duty in a staff position that involves a lot of flying, and quickly he has his own B-36 crew.

Dutch becomes a favorite of SAC Commander General Hawkes, and later receives a new assignment flying the Boeing B-47 Stratojet at MacDill AFB in Tampa, across the bay from St. Petersburg where his old baseball team continues to conduct its spring training.

Dutch is thrilled by the powerful new jet bomber and agrees to fly the plane, but Sally continues to worry about his safety.

Dutch decides, to Sally's displeasure, to remain in the Air Force instead of returning to baseball.

This movie gives a very accurate glimpse into life in the Strategic Air Command of the fifties.

Read a full review of the movie at Turner Classic Movies.

The film includes some of the most dramatic aerial photography ever filmed, for which it was awarded a special citation by the American National Board of Review.

One of the memorable scenes in the movie is the startup and takeoff sequence of the B-36H S/N 51-5734 airplane.

It is also the only motion picture to highlight the B-36, and was filmed with the cooperation of the Air Force at Carswell AFB, MacDill AFB in Tampa, and Lowry AFB in Colorado.

Stewart enlisted as a private in the U.S. Army Air Corp but as both a college graduate and a licensed commercial pilot applied for an Air Corps commission and pilot rating.

Soon to be 33, he was almost six years beyond the maximum age restriction for aviation cadet training, the normal path of commissioning for pilots. Stewart received his commission as a second lieutenant on January 19, 1942.

He supported the Air Corp both as a celebrity, and a pilot. On March 22, 1944, Stewart flew his 12th combat mission, leading the 2nd Bomb Wing in an attack on Berlin.

Stewart continued to play a role in the United States Air Force Reserve after the war, reaching the rank of Brigadier General on July 23, 1959.

In 1966, Brigadier General James Stewart flew as a non-duty observer in a B-52 on an Arc Light bombing mission during the Vietnam War. At the time of his B-52 flight, he refused the release of any publicity regarding his participation, as he did not want it treated as a stunt, but as part of his job as an officer in the Air Force Reserve. After 27 years of service, Stewart retired from the Air Force on May 31, 1968. 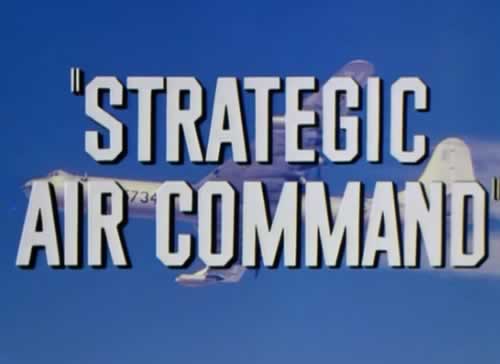 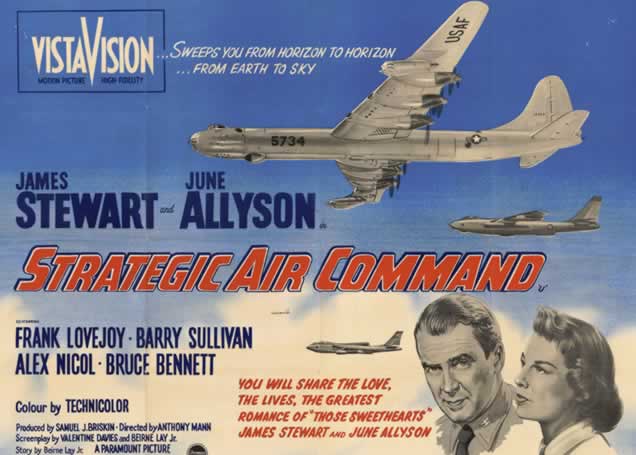 Carswell Air Force Base ... Headquarters of the 8th Air Force
and site of filming of the movie "Strategic Air Command" 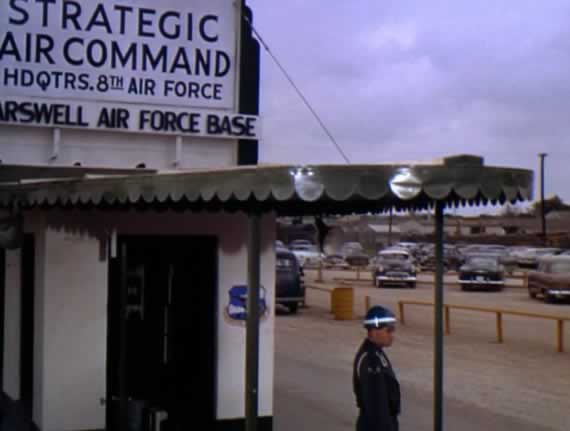