B-29 Superfortress at the Hill Aerospace Museum

Hill Aerospace Museum is located on approximately 30 acres on the northwest corner of Hill Air Force Base, about five miles south of Ogden. It was founded in 1981 as a part of the United States Air Force Heritage Program and first opened in 1986. It moved to its current facility in 1991.

Today, the facility exhibits more than 90 military aircraft, missiles, and aerospace vehicles on the grounds and inside the Major General Rex A. Hadley Gallery and the Lindquist Stewart Fighter Gallery.

A total of 3,970 B-29s were built during production. Many B-29s have been preserved, restored, and are on static display. Only about 22 complete B-29 airplanes are currently on display in the United States.

Among the many fine aircraft on display at the Hill museum is a B-29 Superfortress, shown in the photos below.  It was manufactured by the Glen L. Martin Company in Omaha, Nebraska, and delivered on August 6, 1945. It was acquired by the Hill Aerospace Museum in 1983.

The B-29 is currently on display outside, and awaiting complete restoration before being placed inside the Hadley Gallery.

Originally painted as "Hagarty's Hag", the B-29 was later repainted as "Straight Flush" in 2015.

Other Surviving B-29 Superfortress Aircraft

Photographs of the B-29 Superfortress at the Hill Museum 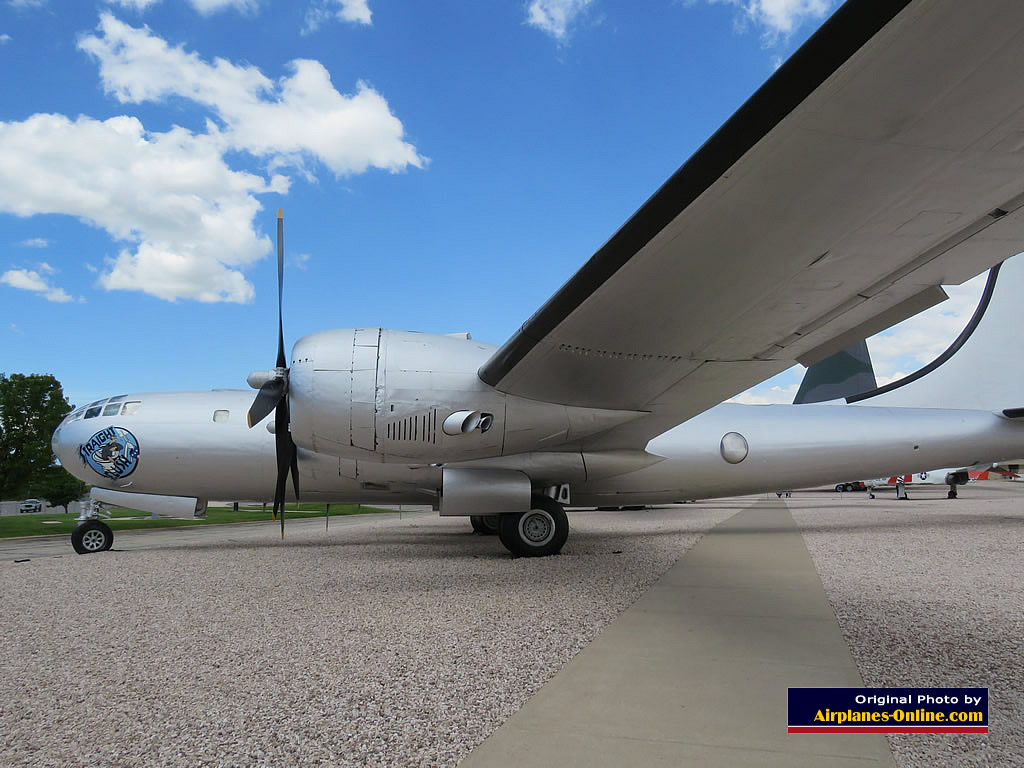